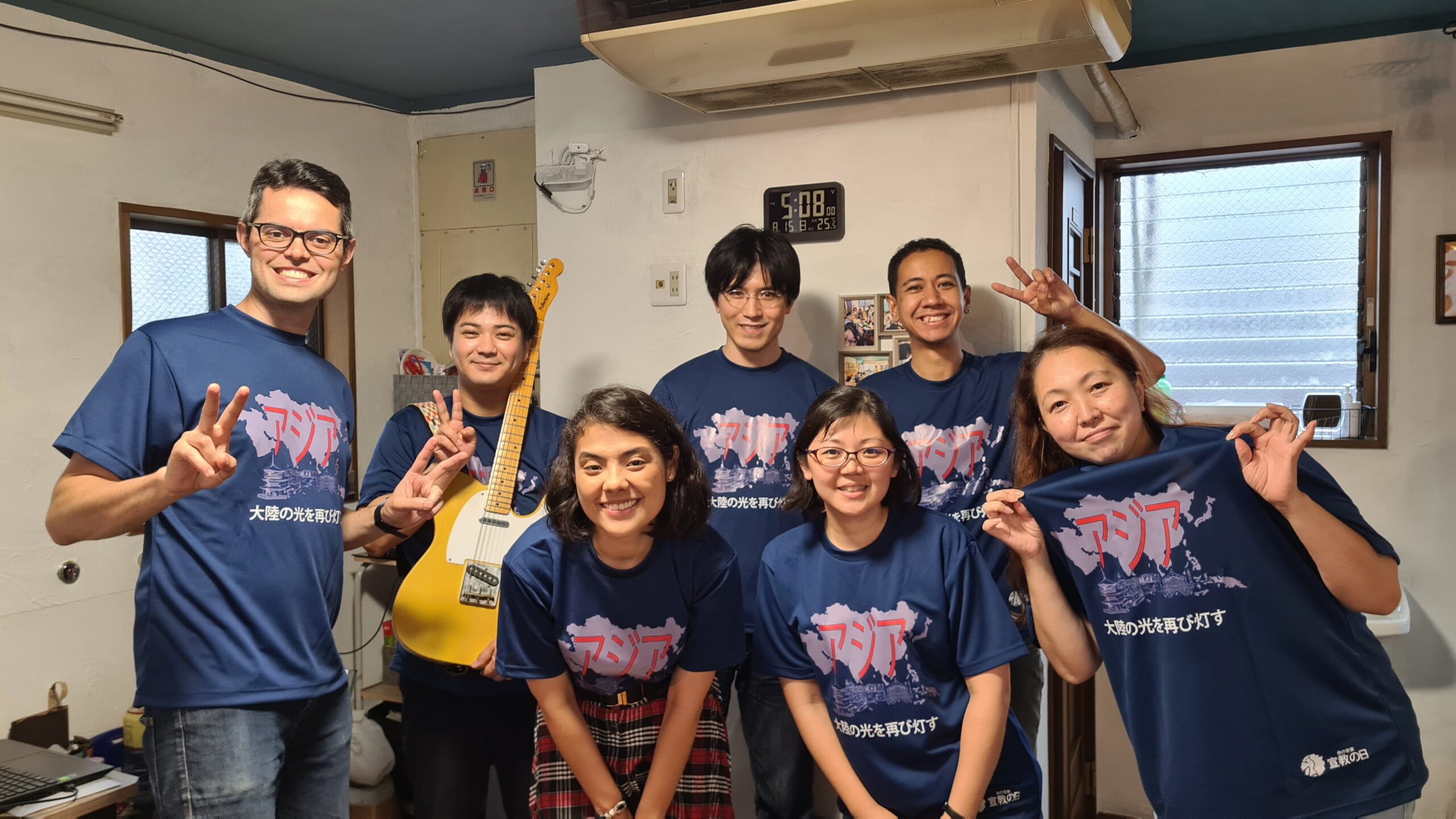 Word of Life Church is a Christian international church with an alternative and fun environment made especially for you! It does not matter if you are boy, girl, adult, married or single.

Church is a place where we are accepted and encouraged to be the best version we can be, receiving refreshment and encouragement to achieve success.

Our church values true relationships, and we are always open to new friendships! You are welcome to be part of our family, being whoever you were born to be!

Even if it is your first time in a church, just come and you will feel at home!

Jefter is the pastor of Word of Life Church in Tokyo. He is married to Tamie. He graduated in Japanese from Universidade de Brasilia (Brazil) in 2010. Between 2011 and 2012, he was an exchange student at Waseda University. He also graduated from Rhema Brazil Bible Training Center in 2010 and in Rhema Brazil School of World Missions in 2019.

His greatest desire is for every single resident of Tokyo to truly experience who Jesus Christ is (more than just knowing information about Him) and also have true friends who can live dreams and build a great future together.

Jefter likes exercising! His favorite sports are soccer and snowboarding. Sure enough, every Wednesday, he records his favorite show, Honma Deka, to watch and to laugh at Sanma san jokes. His favorite manga is 20th Century Boys.

Tamie is the wife of pastor Jefter and she is always ready to help wherever is needed!

Having already lived in Brazil, the United States and, now, Japan, she loves the cultural diversity of big cities, and she is very excited to have new experiences, living in a new city and making new friends! Her greatest desire is for all to know and to experience the goodness of God through the study of the Bible.

In her leisure time, she loves watching movies (she loves romantic comedies and Korean dramas) and reading books at a good coffee shop. She also loves a good excuse to buy notebooks and colored pens. As a child, she had an immense collection of colored pens and notebook stickers. She surely would not mind living in a stationery store!

Henrique is our worship leader. He is Brazilian and has been married to Yuki Yoghi since 2015.

His greatest desire for our worship team is to have many bands, playing all music genres (dance, pop, rock, punk, techno, hip hop and the list goes on!).

He likes to play all types of PS4 games (soccer, fight…). He also likes to read manga. His favorite manga is the JUMP weekly magazines. Besides, he enjoys watching manzai at home. He says he is boke, and his wife is Tsukkomi. He plays many musical instruments and enjoys playing among friends.

She is from Kyoto and is married to Henrique.

She graduated in education from Kyoto University of Foreign Studies in 2010. In 2008, she went to Brazil as an exchange student at Universidade de Brasília. She also graduated from Rhema Japan Bible Training Center in 2014; graduated in Rhema Brazil School of Ministers in 2016 and in Rhema Brazil School of World Missions in 2018. She has experience working in elementary schools and, currently, she is a teacher in a school of Japanese.

Her greatest desire is for people to know true love and joy. She also desires that people have friends and good relationships that can count on, knowing how to face challenges and to achieve dreams and desires.

She enjoys cooking, but, mostly, she enjoys eating! Her favorite dish is Ramen and Okonomiyaki! One of her favorite activities is to shop and to try out street foods, such as sweets (such as crepe, pancake…); therefore, she always searches Youtube videos about places with delicious food to go with her husband. She also likes to watch movies, go to karaoke and to have fun with friends. The more people in the group, the better!